This website or its third-party tools use cookies, which are necessary to its functioning and to enhance site navigation, analyze site usage and our marketing efforts. By clicking "Accept All Cookies", closing this banner, scrolling this page, clicking a link or continuing to browse otherwise, you agree to the use of cookies. View the privacy policy.
x
Home   /   About Us

The History of the San Luis Resort, Spa and Conference Center

Prior to 1783, when Bernardo de Gálvez dispatched a ship to explore what is now known as Galveston Bay, Galveston Island was called San Luis. The origin of the name is shrouded in historical mystery, though it is known that the Island also had been called San Louis, Culebra, and Campeche before Gálvez so honored it with his name.

It is believed that the name San Luis was chosen either by French explorer Sieur de la Salle’s settlement in Texas or by Spanish explorer Luis de Moscoso during a journey along the coast from the mouth of the Mississippi River to Mexico.

While precise historical significance may be lost to antiquity, the name San Luis is very much a part of Galveston lore.

The name was selected for Galveston’s premiere beachfront resort to reflect the adventurous spirit of the early explorers, and to help perpetuate a grain of Island history.

There is a very good reason that our resort boasts some of the loftiest views on Galveston Island. We share our location with an illustrious part of Galveston history. Fort Crockett, with its eight foot thick walls, forms the foundation upon which The San Luis Resort, Spa & Conference Center is built.

The Fort, started in 1897, was constructed on 125 acres on Galveston Island. The first troops were stationed at the Fort in 1899. The 1900 Storm destroyed most of the fortifications, but they were rebuilt in 1903, although no garrison was assigned until 1911.

In 1912, Fort Crockett became a mobilization center during Mexican Border troubles. General Frederick Funston arrived with his 5th Infantry Brigade that year and remained to train the troops until 1914 when he was ordered to Vera Cruz, Mexico.

In the war with Germany, 1917-1918, Fort Crockett was used as an assembly point to equip troops and send soldiers overseas to France. In 1922, the War Department ordered the Fort abandoned. Galvestonians became alarmed and the local congressman, Claystone Griggs, had these orders revoked. On June 26, 1926, the Third Attack Group from Kelly Field was ordered to Fort Crockett, where they were permanently stationed.

Many famous fliers and generals in the Army Corps trained here, including Horace Hickham, for whom Hickham Field in Hawaii was named, Generals Hoyt Vandenberg and Nathan Twining, who later became Chiefs of Staff of the Air Force, and General Richard Donovan.

Fort Crockett was used to train coast artillery, anti-aircraft units and air corps as well as serving as a prison camp in World War II.

The Galveston army air base during World War II was located on the site of the present municipal airport, west of Fort Crockett base.

In 1947, after 50 years of service, all harbor defenses were dismantled, including the big 12 foot guns, which were part of the coast artillery. The Fort was then used as a recreation camp for servicemen. In 1953, Fort Crockett was declared surplus, and three years later was released to the General Services Administration for disposal.

In the 1980s, The San Luis Resort was built on and behind the site of the former Battery Hoskins. The massive concrete gun emplacements remain dramatically visible from Seawall Boulevard, even though one gun emplacement now sports a swimming pool atop it, and the other gun emplacement is adorned with a wedding gazebo.

At The San Luis Resort, we offer plenty to keep you busy during your visit to Galveston - from award-winning restaurants, shopping and special events to a luxurious pool, bar and spa experience. 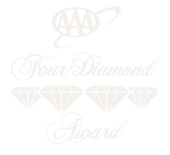 At The San Luis Resort, we offer plenty to keep you busy during your visit to Galveston - from award-winning restaurants, shopping and special events to a luxurious pool, bar and spa experience.